Posted on August 14, 2012 by Beartooth Flyfishing

This past Tuesday my lady and I went to the Beaverhead. This time we were not quite as successful as last time:) but, we had a GREAT time!!! We started out with small nymphs and that proved to be true right away. The Tungsten PMD Studdly in size 16 was the ticket. We hooked up many times but just could not seem to land any. They were as feisty as could be! We definitely got into some nice fish. They were also taking the S’S BH Yellow Sally Red Tag in sizes 16 and 18. 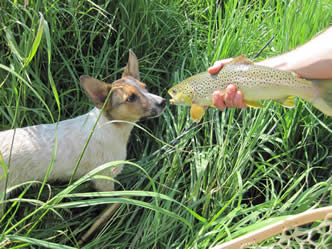 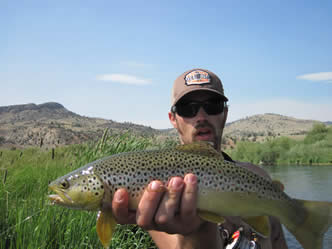 Once again we just couldn’t keep ‘em on. I went through a whole bunch of nymph patterns, and I mean a whole bunch. And I couldn’t lock it up at all hahaha, but they were hitting Jeanie’s flies. So, after seeing some nice fish hit the surface a bunch, I put on a size 18 Parachute Adams and scored a few on that. Once again we had an awesome day! Happy Fishing Everybody!!!

Dan and Bill my puppy

The Beaverhead River is still fishing very well especially for the skilled angler. PMD’s, Sallies, and Caddis are the main daily dish and Craneflies are starting to show. The river is still giving up some large Browns and Rainbows. The pictures tell the story. Enjoy and fish more! 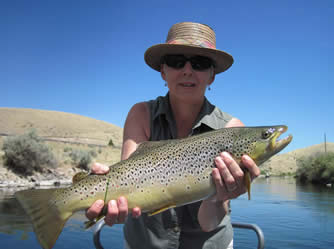 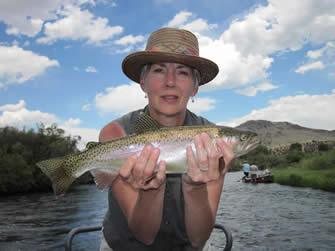 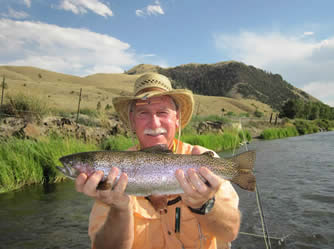 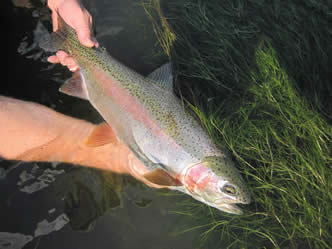 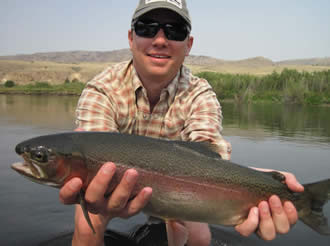 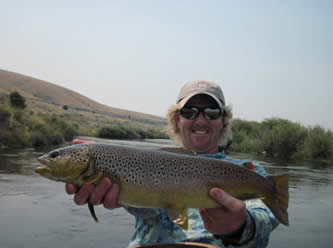 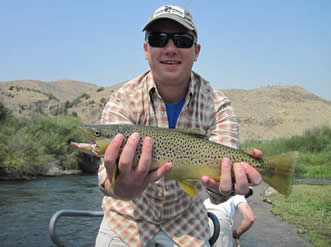 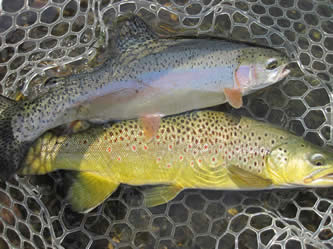 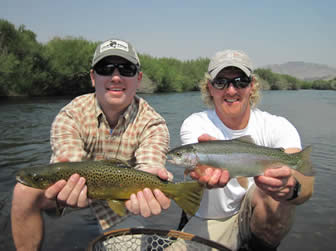 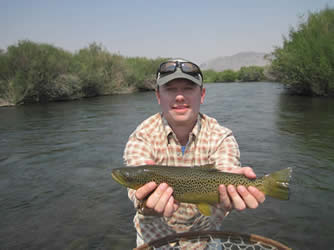 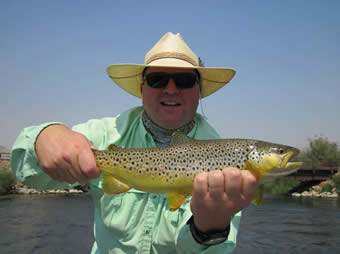 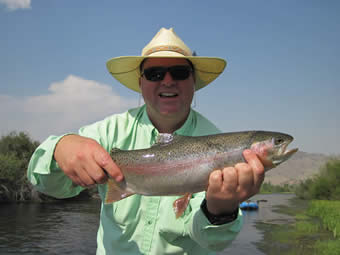