Posted on November 11, 2013 by Beartooth Flyfishing

As we are truly seeing the season winding down, we have had some great fall trips. After 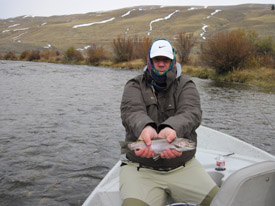 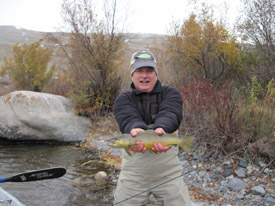 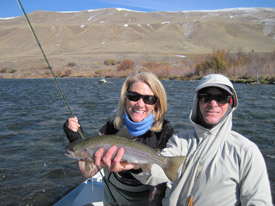 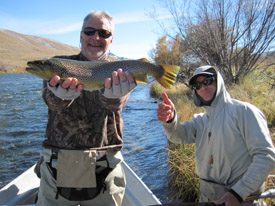 our early big snow storm, we continued to have some cool weather but not cold enough to ice up the guides and the bite has continued to be strong. Water levels have remained about the same for the past two weeks with slight changes.

The choice flies have remained similar for about 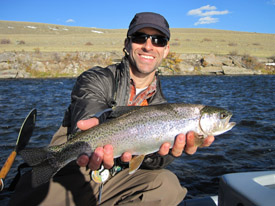 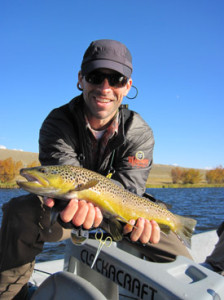 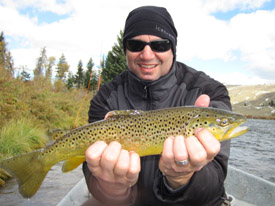 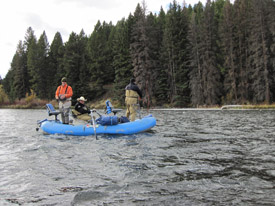 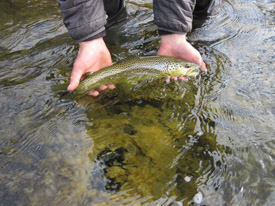 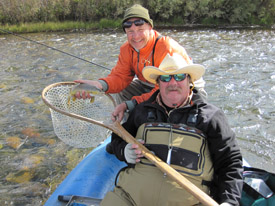 We had some true beginners and folks with fishing experience all having fun and catching. 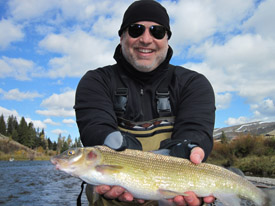 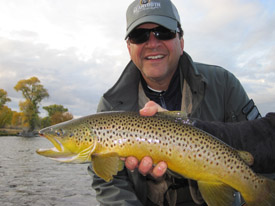 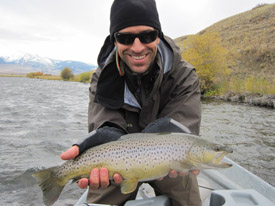 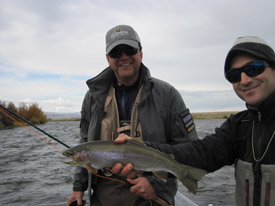 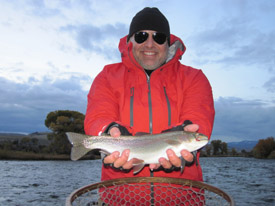 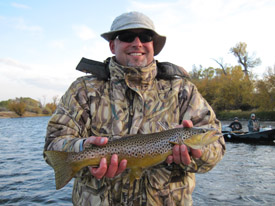 One group  was awarded this great fishing trip for succeeding in selling products for their company. They also succeeded in catching. Great Job!

The same week we had visitors to Beartooth Flyfishing, a Mother Moose and her baby hung 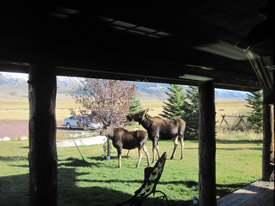 out in the yard for a couple hours and took a few bites out of our Canada Cherry Tree.