Posted on July 4, 2011 by Beartooth Flyfishing

Hi! Folks, I am one of the new guys in the Beartooth shop. Here’s my report.

The Madison River has been flowing pretty fast this week, which makes for some difficult wading. A couple days ago I checked the gauge at West Fork and it was still around 3200 CFS. The good thing is the high CFS pushed the fish right up to the banks in some of the more mellow water. I have been wading in about thigh deep water with fish rising not even 4ft from me, which makes me feel as if the fish are teasing me but it makes for some pretty comical times. Dan Morrill was with clients this week and they caught some nice trout. 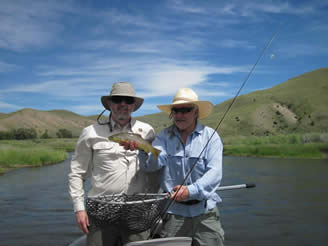 As far as bugs, worms seemed to be the ticket with the high flow water. I have been leading the worms with some Delektable Mega Princes and Golden Stones. I fished around Windy Point and Lyons Bridge and caught some nice rainbows. I also fished up at Three Dollar Bridge and had some luck but it also seems to be the most popular. Every time I have gone up there in the evening I am one of eight or nine cars. 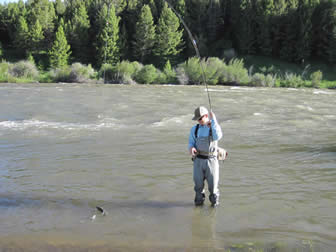 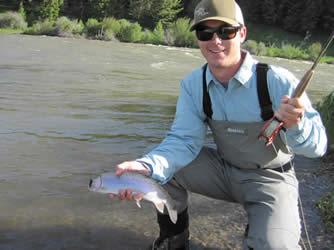 Last night, I fished above West Fork and it was tough going. The bugs were definitely out and I couldn’t’t seem to put the right bug on my line. At around 7:30 pm the caddis were coming out and I decided to throw a dry fly just to see if the fish would take it in the dirty water. I fished with the dry fly for an hour or so with no success. I think this next week I might go up to the lakes as I have heard some people getting good results.

Hi! Folks, I am another one of the news guys at Beartooth Flyfishing and here’s my add to the report. Alright Guys and Girls here is the skinny. Water Flow around 3000 CFS at Kirby, Water Clarity a foot and a half. I Know what you are thinking a foot and half of water clarity on the Madison River this time of year, you must be pulling my leg. As we are all aware we are experiencing an exceptional amount of runoff this year, creating marginal fishing conditions throughout the region. Most would want you to believe that the visibility range is more like 0 to 3 inches, which is certainly not without merit. However I would say some investigation and some traveling will prove otherwise. Recently I took a path a little less traveled and found some great water that proved itself worth the effort. I had some time off and traveled to the upper stretch of the Madison River just above the outflow of Cabin Creek below, Hebgen Dam area. This area as well as one or two other area afforded me the best  chances for great visibility, hatches that could not go unnoticed by the resident Trout population.

I spent most of my day fishing underneath with normal subsurface table fare. That is until I recognized that these fish are fast becoming the only game in town, by the looks of local traffic that was surrounding me. I then changed my customary patterns for some more scaled down nymph patterns in hopes to allict some more action. Patterns consisted of Delektable CDC Baby, Tungsten Sallies, Rainbow Czech Nymph, Bar Emerger, lightning bugs, most anything tied with tungsten. The fish responded positively, and the bite was on. 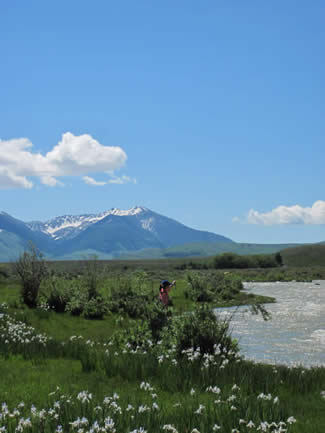 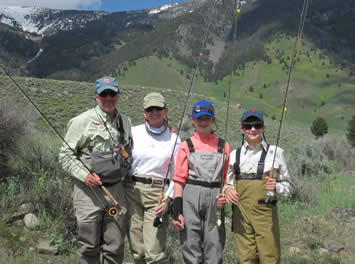 As a note: Tungsten bead heads work for me because I like to get away from split shot in heavy turbulent water. Split shot adds to fouling snags and hangs ups very easily. Of which I would rather not have the head ache when the bite is on. As for the tungsten when I need more weight I move to a larger fly instead of moving to shot or increasing the amount of shot. In the end the tactics paid off and several nice Bows were brought to hand. Rainbows that I would not have had the pleasure to catch had I not done some research and traveling. 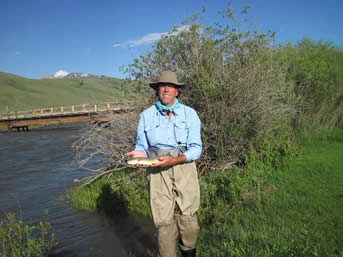 Dan mentioned that he had an opportunity to fish with friends and Fished the Delektable Hurless, Stoner, and Mega Princes in size # 6 As a top fly and #8 Bottom bug. They hooked around 15 fish before heading off to Lyons Bridge Area, where Marcus took 6 nice fish. If you are looking for some fun this week but  you think the water I to off color or is to high, better think again. Think small and High stick em!