Posted on September 19, 2016 by Beartooth Flyfishing

This week’s fishing report is brought to you by….me. It’s not a funny one this time either. These reports have been lacking and slacking in what we all really want to see…and that is whitefish after whitefish after WHITEFISH, and these rainbows and browns just keep getting in the way. We still take quick photos of the trout still (just because we kinda feel bad for them), but one day we will have a perfect report with only native mountain whitefish…just how it should be. Who’s with me!?!? I know Grandpa Delekta would be. 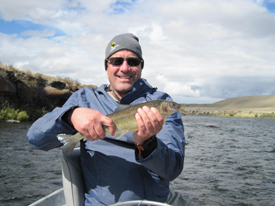 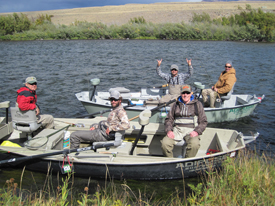 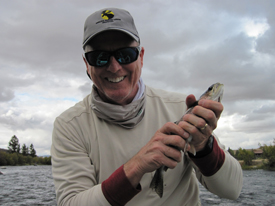 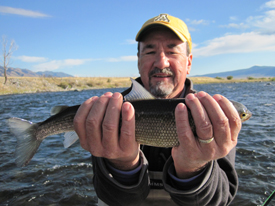 Hahaha, well, I’m afraid I may be on my own team on this one 🙂

Speaking of the great white fish, if it matters to you, the “whitefish conspiracy” over on the Yellowstone River is somewhat under control and you are now allowed to fish certain sections of the river again. Check it out for yourself if you’re interested. This also provides updates on the analysis of the parasite impact to varied fish. Right! It is not really a conspiracy, just protection. (http://fwp.mt.gov/news/newsReleases/closures/waterbodies/nr_106.html ) We have also seen a lot less people and guide boats over here now and thus less pressure on our slimy, slippery, yet very sneaky little friends. 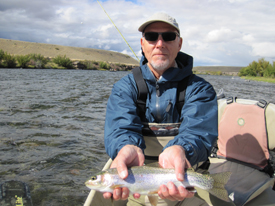 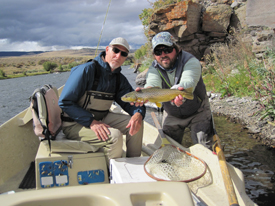 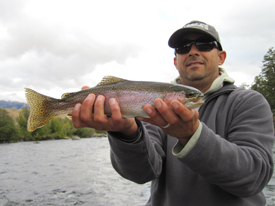 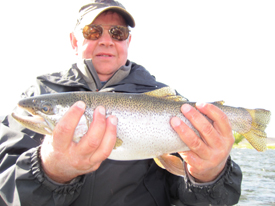 The browns are coming up on a very important annual event here soon…homecoming. Some will be late and some will be early, but it is up to you to see where they may be and what they are going to be focusing on for food during that period of time. Some friends around the shop here and I myself have been experiencing some early birds getting the worm. You may hear things here and there, but I recommend you get out and find out for yourself. So do your homework before it’s too late to turn it in. I can give you some sharp little pointers but that’s going to be the things that are working for me. Every section is going to be fishing differently, so maybe try some different unorthodox tactics (not dynamite) to lure them of their comfortable little underwater dirt/log housing complexes as you bounce around from place to place. 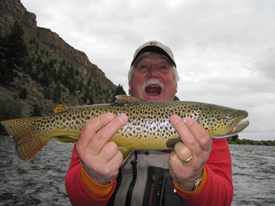 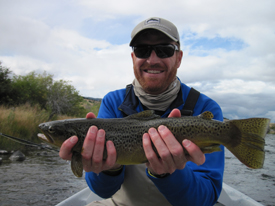 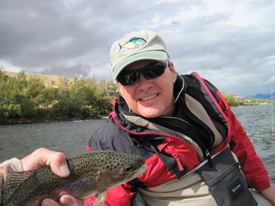 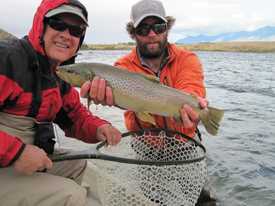 As for the nymphing end of things, the little tikes (18’s and 20’s) have been the ticket lately trailing the big Pats Rubber Legs once again. BWO’s and Caddis are out and I know by this time you have those standard little nymph patterns ready to go already, so get those out and get ‘em wet again. If you are out of the loop a little, I will list a few nymph patterns that have scored well that you could try. The Prince nymph (sizes 14-18), Crystal Dip (size 16-20 black bead), Copper John (size 16-20 red and chartreuse), Delektable Lil’ Spanker Pheasant Tail (size 16-18), The Worm (any size), the Panty Dropper BWO (18-20) ,Delektable Sure Strike (size 16-18 peacock), and Delektable Mr Rubberlegs in a couple different colors including rust/olive. 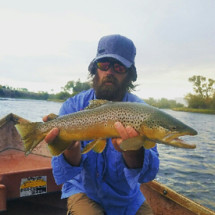 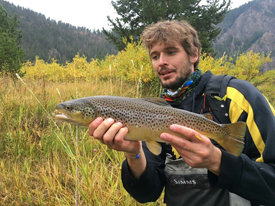 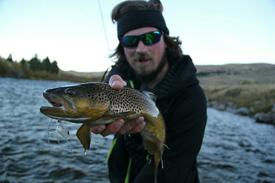 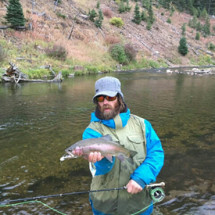 Overall…get out there and send it! 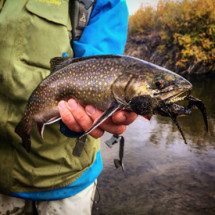