Posted on September 11, 2010 by Beartooth Flyfishing

What a beautiful day in the neighborhood!

For the second day of fishing with our group from California, Dan and I headed “over the hill” to the Beaverhead River. Clear blue skies and warm temperatures was the theme of the day as we enjoyed a glorious float on one of Montana’s historic rivers. 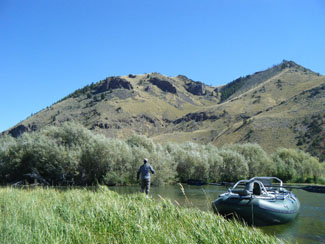 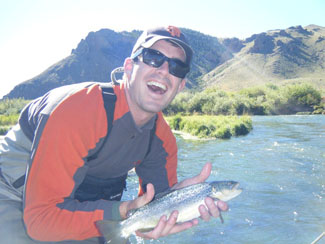 Small nymphs were the preferred ammo for the majority of the float, with trout eating up the morsels, whether fished in tandem or behind streamers. A variety of mayflies, Yellow Sallies and a few Crane Flies and Hoppers were moving about, but the bite remained below.

As the light started waning late in the day, however, the evening caddis hatch arrived, and the dry-fly bite turned on. This included a double hook-up on a single rod, with two trout eating a pair of caddis dries tied in tandem. It was quite a treat for the excited fisherman as both fish were landed in the net! 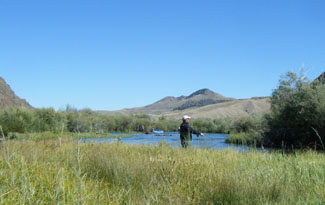 A variety of nymphs produced the bites, including #18 Olive Micro May Flies, #18 Electric Yellow Micro May Flies, #18 Super Flash Yellow, and Silver and Gold Lightning bugs in various sizes. Delektable Sparkle Bugs brought the fish to the surface during the evening hatch.

This entry was posted in Beaverhead River. Bookmark the permalink.