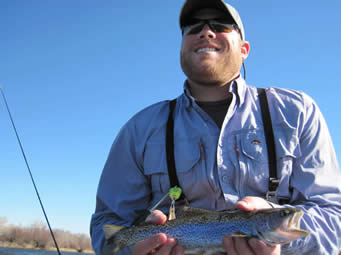 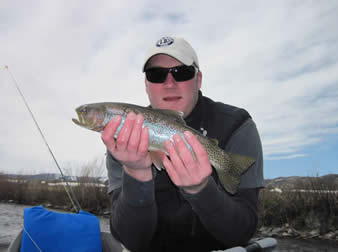 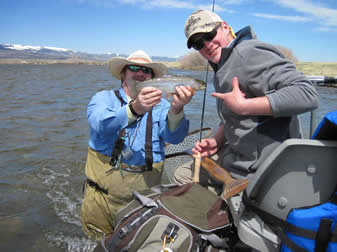 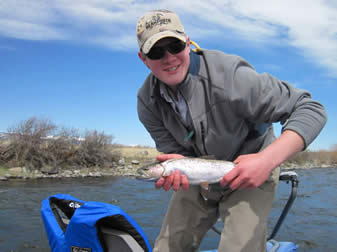 Marty and I had the pleasure of taking Dale, Blake, Bronson, and Colten. We embarked on a long journey from McAtee Bridge; 18 miles later we took out at 8 Mile Ford. Everyone caught fish. The boys caught bigger and more but I think that’s what Dale had been planning all along.

Beartooth Flyfishing hosted a free day with the Ennis High School Science Club. It was a big time fun day. Nancy Delekta made 18 lunches for the group which were the usual Beartooth delight including Elle’s Belles Rainbow Trout Cookies, Yumm!. 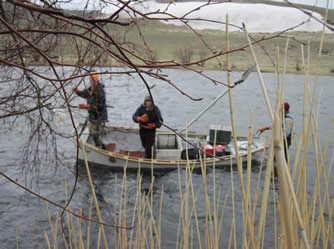 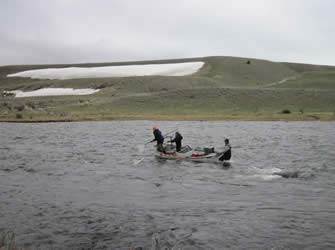 Pat Clancy shocked a number of fish at Ruby Creek with two other FWP employees and explained procedures; genetics; and FWP work efforts to the Science Club. 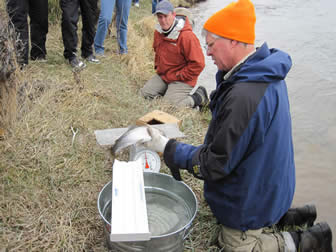 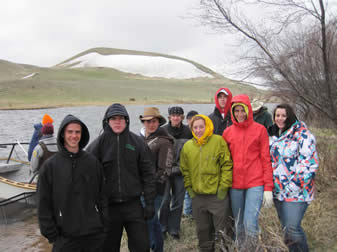 The guides and outfitters who helped included: Dan Delekta; Marty Authement; Shad Sterzick; and Charlie Graham. They provided their drift boats and rafts and rowed the group from McAtee to Storey Ditch. Everyone had a great time on a cold spring day and some nice rainbows were also caught. 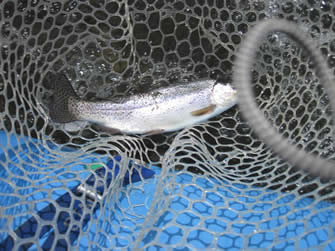 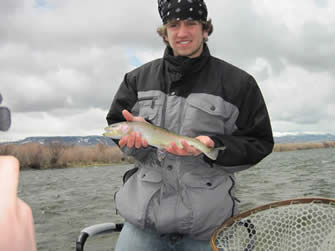