Posted on June 7, 2012 by Beartooth Flyfishing

So, I got the chance to go fishin a little with the last three days off. The first day, Craig (from the shop) took my lady and I and our little puppy Bill up to Pine Butte in the walk/wade section.

The second day however was a little different. A buddy and I floated from Raynolds Pass to Lyons stopping at every pocket and back eddy there was to offer. The water was fast and high, but awesome color. It started snowing when we got out of the truck. Bill (the puppy) was cold but not complaining, and neither were we 🙂 It being so overcast, we had confidence it was gunna be a great day. Our first stop was only a few hundred yards down. We pulled in below a huge boulder pocket and got out to fish (walk/wade section only). I put on a Delektable Mega Prince Flashbacksize #8 with a big ‘ole pink worm as a dropper again. Fish on! Two 18 inch rainbows, and a 15 inch rainbow in that hole. Right away we got into them and just never really got out of ‘em:) 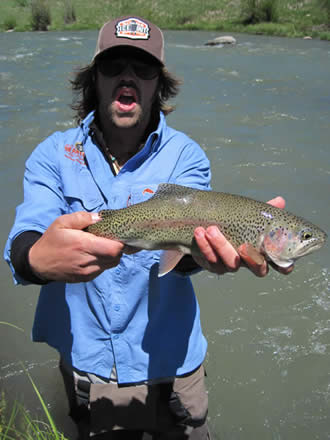 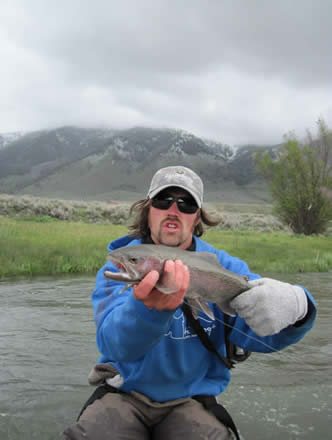 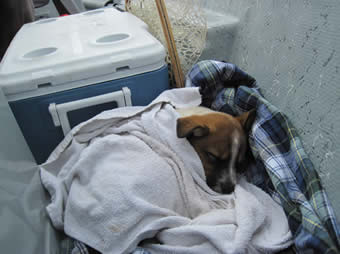 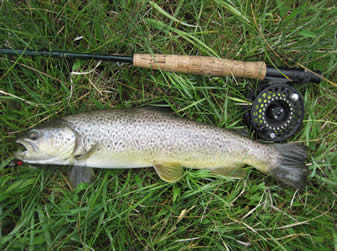 We caught a bunch of browns on the worm and the stonefly patterns including the Delektable Big Red. A few were caught on the Delektable Spanker pattern in the pheasant tail size #10. I threw a couple of caddis emerger patterns too only pulling some small fish on those. The water was getting clearer, still only a few feet of viz, but perfect! It was fast water and it was quite windy. I didn’t throw any streamers like I should have on that cloudy, cold day 🙁 Once again, my fingers were cold and there was no real reason to switch up. 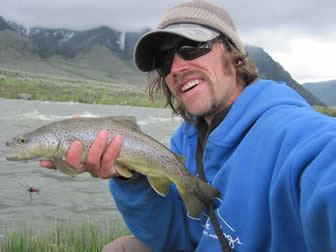 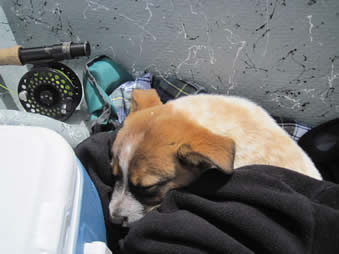 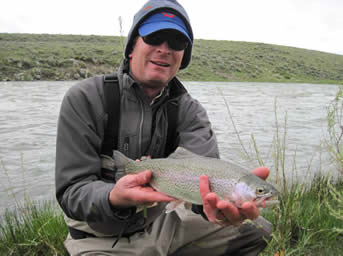 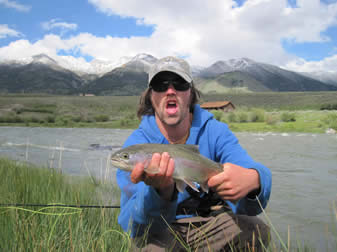 Yesterday I went with some adopted parents of mine and floated from Pine Butte to Lyons. Bill also went along for the ride and slept the entire way again. Ah the life of a puppy 🙂 I wanted Ed and Mary to catch some fish, so we threw on the stoned worm combo first. And to nobody’s surprise, they got locked in right way. Ed caught 2 really nice browns right away still in view of the boat launch, both of which were near 18 inches. Â Ed’s wife, Mary caught a nice rainbow and a real nice brown on the Delektable Mega Price size #8 also. My buddy and I were going through the smaller drop patterns with big Skwalla patterns on top. I tied on a few caddis emergers and smaller emerging nymph patterns after seeing some subsurface rises; and got some smaller fish. 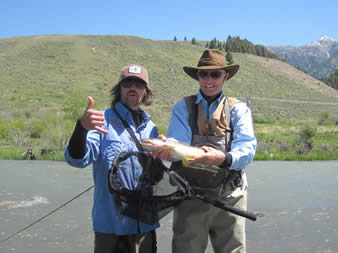 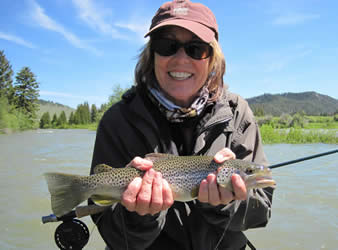 Delektable Olive Serengold size #14 and some smaller Spanker patterns were working a little, but the one fly that got me the “big one that got away” was a size #14 Red Headed Step-Child. I hooked into a monster brown on this little guy in the fast water and had quite the fight with him only to loose him a few feet away in the end. Pretty fish though 🙂 oh well! Anyway, the water is great out there and you can creep right up on them with little effort the way this bit of murk is. Most of the fish we got into were just inside the color. So, don’t let that little bit of that color stop you; they still have to eat 🙂 happy fishing!!!