Posted on June 28, 2013 by Beartooth Flyfishing

There is so much that could be said about the fishing on the Madison River right now, but 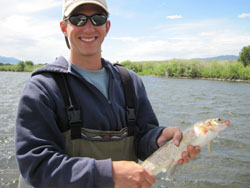 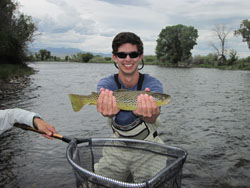 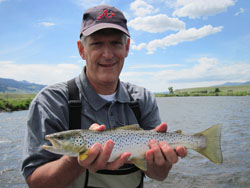 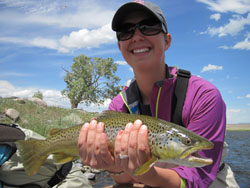 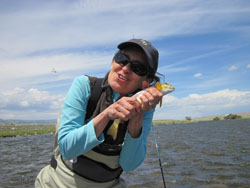 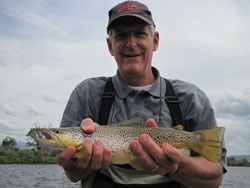 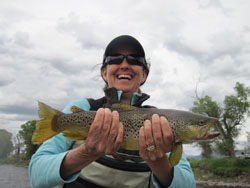 simply put; it’s as good as it gets!

Salmon Flies, Golden Stones, Caddis, Yellow Sallies, Mayflies: the skies are filled with bugs, and the dry-fly fishing is off the charts!

On Monday I had the pleasure of being part of a multi-boat float of a family of five, all first-timers. And despite none of them ever having touched a fly rod before, and it being a very windy day, everyone caught fish, and everyone caught big fish. It’s always a joy as a guide to watch people catch fish, and to be the teacher who starts them on their flyfishing journey. But to also see the joy as a family experienced it together, well, that’s just as good as it gets. Congrats to all on their success.

On Tuesday, the fishing was even better, with big fish coming into the net one after another after another. And to my great pleasure, it was also a heartwarming day to be involved with. One of our neighbors and good friends, Travis, is heavily involved in the Big Brothers/Big Sisters program, and brought out his “little brother” from Arizona to experience flyfishing for the first time. It was an epic day of dry-fly fishing! 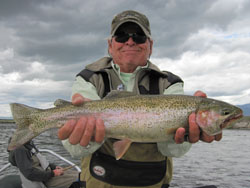 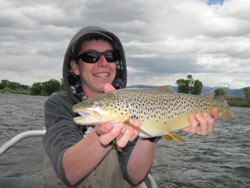 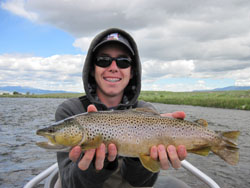 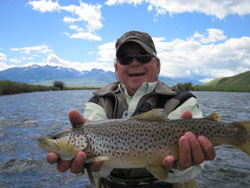 Congrats to Michael on all his catches, and an awesome start to his flyfishing journey … And also a thank you to his Big Brother; the world is a better place when people reach out to help others. 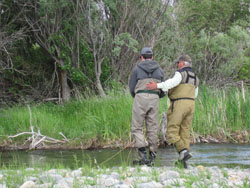 As far as the fishing, nearly all fish were caught on Salmon Fly dries, specifically Dan’s Secret Salmon Fly, and the Pteronarcys Chubby.

Fishing like this won’t last long. Get out there and get you some!