Posted on December 2, 2021 by Beartooth Flyfishing

In the early morning hours on Tuesday November 30th, 2021 a malfunction occurred with the headgate at Hebgen Dam on the Upper Madison River. The malfunction caused flows below the dam to decrease from 650 cfs down to 150 cfs. The severe and sudden decrease in flows resulted in numerous side channels in the section of river between Hebgen and Quake Lakes to be emptied. The receding water left many Adult Trout, Whitefish, Juvenile Trout, and Sculpin to be stranded and in some cases unfortunately lost forever, and Spawning Redds were exposed. Most of the river below Quake did see a large reduction in flows but the impact was not as severe. The most impacted area below Quake were the side channels around the West Fork and Eagles Nest. 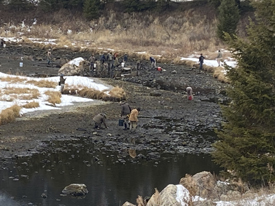 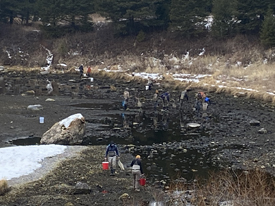 As the day went on FWP and Northwestern Energy began doing what they could. An emergency fishing closure was put in place on the entire Upper Madison from Hebgen Dam down to Ennis Lake and remains in place at the time of this writing. People on scene began rescuing as many Trout, Whitefish, and Sculpin in all age classes as possible. Fisherman, Flyshop Employees, and other local volunteers were also on the scene quickly to begin helping with the rescue. In the early part of the emergency it was hard to know what to do. Help began, but then due to fear of trampling exposed Spawning Redds and the possible danger to folks if the gate was repaired with sudden increased flows that could impact people in the River, a call to stand down was made. By the end of the day though it was clear that more help was definitely needed, rescues should occur, and the gate was still not repaired as parts were needed to be brought in and installed. 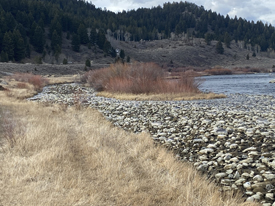 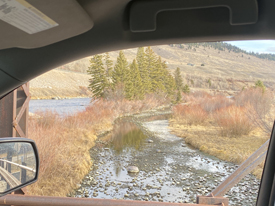 Calls for help went out through Social Media, Email, and Phone Calls. And… boy did the Cavalry show up on Wednesday morning the 1st of December. Hundreds of volunteers came from near and far including: Guides; Flyshop Employees; Fisherman; Montana FWP; and Northwestern Energy Personnel. Volunteers included people from all walks of life and from communities near and far. Groups split up in all areas of the River walking the banks and carefully looking for fish still stranded in the small pools and pot holes left by the reduction in flows. Luckily nighttime temperatures had been mild and the crews throughout the valley were able to rescue many many more fish, and return them to the main channel.

Yesterday evening close to midnight and into today and the early morning hours of December 2nd Northwestern Energy crews were able to get the broken part installed on the headgate and return flows on the Upper Madison below the dam back to 650 cfs. This should bring welcome relief to the exposed Redds. Time will tell what the long term impacts will be on the River going forward.

We were able to send Ryan Ongley our Shop Manager up to help in the rescue effort. During this time of year there are only a few of us here at the shop. Ryan reported back as to the very large army that showed up to help. The Flyfishing Community is a special one. It’s almost like a family. It truly was amazing to see just how many people took time out of their busy lives to come do their part to help this special resource. Thank you one and all for helping the Fish and the River!

At this time we have no word on how long the Emergency Fishing Closure will remain in place. But it’s best to leave the River at Peace for now and give Mother Nature some time to do some healing and let the trout fatten up more for the coming Winter.