Posted on July 26, 2010 by Beartooth Flyfishing

We had a fun day. This was Dan’s birthday and he guided his dad, Grandpa, and me for his birthday. The day started a bit slow for Nancy but not for Grandpa. I was fishing dries with hoppers getting a few takers but not much action. Grandpa was sporting his two nymph rig and had action from the start. He caught a good number of smaller and average sized trout and on really honking whitefish. Grandpa loved that. Dan pulled over in a couple wade sections and got some nice fish also using a two nymph rig. The hottest nymphs were pmd nymphs and micro mayfly nymphs in #16’s and #18’s. Hoppers were out in the fields making noise. It was a warm day and somewhat cloudy with some of the "W" mixed in. 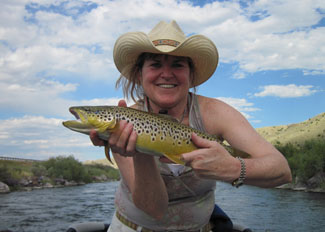 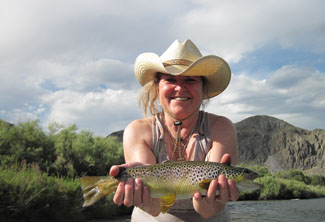 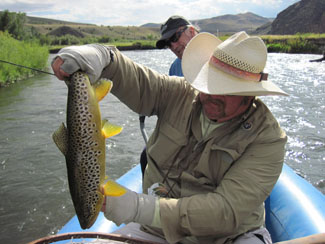 After I switched to nymphs, my action really picked up and the size of the fish increased. We had a great time together on the Beaverhead. Dan, thanks for taking care of us on your birthday.

This entry was posted in Beaverhead River. Bookmark the permalink.