Posted on August 23, 2010 by Beartooth Flyfishing

A day of fishing on the famous Madison River in Montana including myself, John Delekta, friend Steve, and our guide Jim Morrison. Our float was from Windy to Storey Ditch. We started our float about 10:00AM. The day started with a cool morning but warmed up during the rest of the trip. The first hour was slow fishing. As the weather got warmer, the fishing heated up. 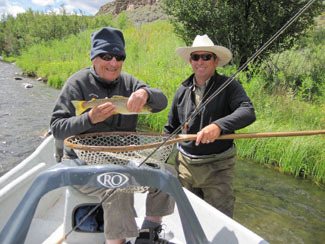 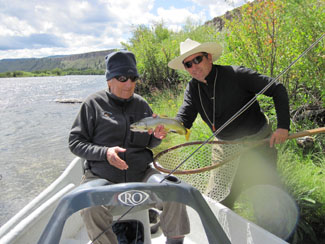 The next four hours I caught and landed four large brown trout. Two trout were over 18 inches and two were over 19 inches. Steve caught a 19 Inch Brown Trout plus a number of smaller fish. 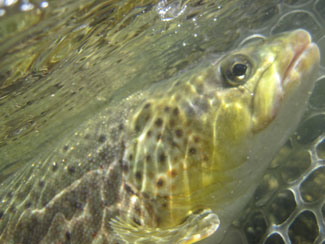 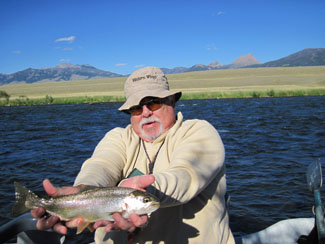 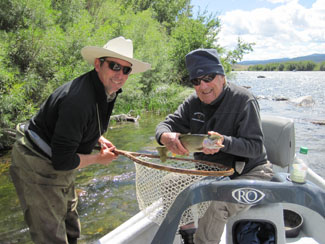 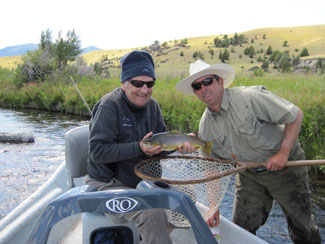 Later that day I caught the biggest fish of the day, an over 20 inch Brown Trout and a fat Rainbow Trout over 18 inches.

You know I will fish whatever it takes to get the trout and I like whitefish but I was doing really well with a two nymph rig and sometimes a nymph off of a streamer. Steve was working the dries pretty hard and was catching smaller trout with the dries. Sometime after lunch Steve converted his rig to add nymphs and soon after he had another really nice trout landed. This was another great day of fishing. Nancy and Dan think I look ten years younger every time I fish. At 87 years going on 88 I can use all the help I can get. I am going to try to fish more and fish harder. Thanks Jim for doing a great job guiding and thanks Steve for taking the pictures. What a fun day!