Posted on April 23, 2016 by Beartooth Flyfishing

Dan fished with Hienie on a cold and cloudy day with some color in the river. It was 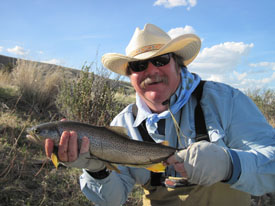 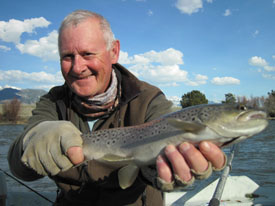 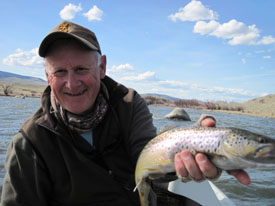 Brandon and Gunnar fished with David, Matthew, Jackson, and Doug. The first day was
bigger action on the fishing. 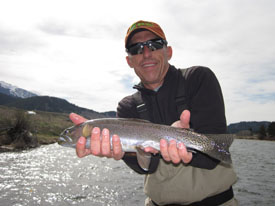 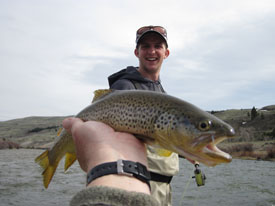 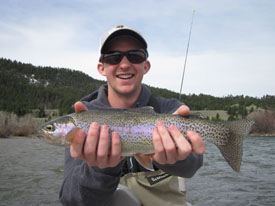 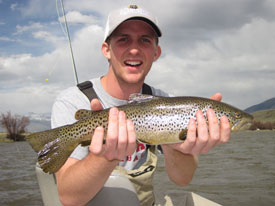 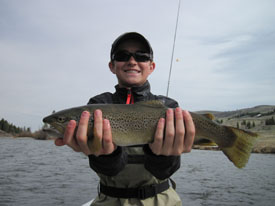 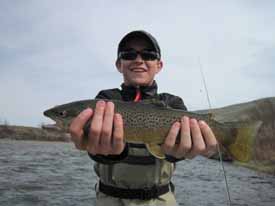 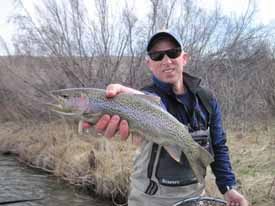 The second day the weather kicked in and the river became higher and the color started to get dirty below the West Fork. The river has been ever changing this spring as we have had a mix of very warm then cold conditions. As it cools down, the river clears up but when it gets warm, the snow melts and the side streams flow heavier into the main river with some dirt. 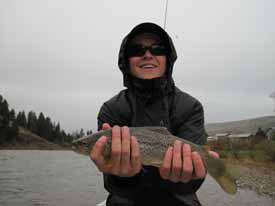 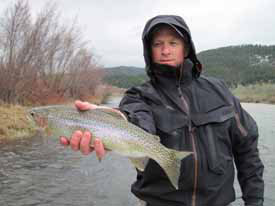 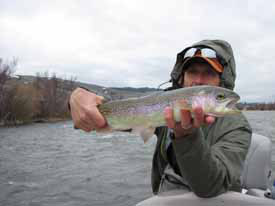 They had good results with some of the same bugs. They fished Pat’s Rubberlegs in Black, Delektable Flashback Mega Prince Standard and Olive, trailers of Lil’ Spankers in PT, some worms, some silver, some red, and streamers worked with olive or black and olive being the better choices.

Joe fished with Hienie on Saturday and they fished streamers mostly. There was more weather as the day went on enabling the streamer bite more. You can see the articulated streamers were the ticket. Not everyone can throw junk like that but Hienie has had a lot of practice. He had fun. Thanks Joe. 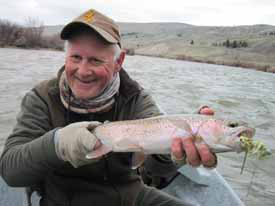 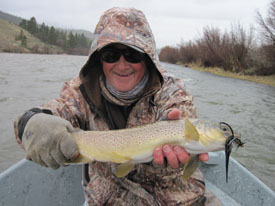 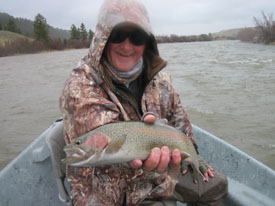 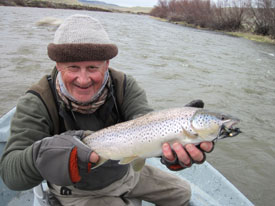